Is it possible that a low-energy diet can induce weight loss, improve metabolic health, and induce diabetes remission in insulin-treated obese men with type 2 diabetes?

That’s a mouth full but if you break it down. The study reveals that by implementing a natural,  simple diet change it is possible to:

There is no doubt that diabetes is one of the biggest health issues our society faces today. It is quite common that it often leads to cardiovascular issues as well.

This study examined the safety and efficacy of a commercially available low-energy diet in insulin-treated obese men with type 2 diabetes.

The departments of Internal Medicine and Biostatistics at the University of the Free State in Bloemfontein, South Africa conducted a study to determine the improvement in the control of diabetes and cardiovascular risk in obese subjects who are insulin-dependent after they have made a lifestyle intervention change.

The goals of this study were to determine both the safety and efficacy of using a commercial program to lose weight and ultimately control type 2 diabetes and reduce the risk of coronary heart disease (CHD) in obese subjects who require insulin to control their diabetes.

The study consisted of 18 men with a BMI of 35 kg/m2 or greater who had been on insulin for at least one year, and had poorly controlled diabetes. The subjects were randomly selected to either adopt a commercially available low-carbohydrate, low-fat, energy-restricted diet or a standard

The subjects were randomly selected to either adopt a commercially available low-carbohydrate, low-fat, energy-restricted diet or a standard medical nutrition intervention program for six months. Each group had nine members.

At the three-month mark of the study, the group that received nutrition intervention had a mean weight loss of 9.0% After six months, the mean weight loss for the same group increased to 9.6%. For the same time intervals, the control group lost 1.9% and 1.3% respectively.

Complete and partial remission occurred in one subject in the intervention group.

For the same time intervals, the control group lost 1.9% and 1.3% respectively. Complete and partial remission occurred in one subject in the intervention group.

Members in both groups experienced improvement in their diabetes at both the three and six-month marks. This resulted in the need for smaller doses of insulin in the intervention group compared to the control group after six months.

The median 10-year risk of CHD in both groups reduced significantly at both the three and six-month marks when compared to their baseline numbers. The mean absolute 10-year risk of CHD also reduced in the intervention group by 9.7% after six months.

In conclusion, this study determined that a commercially-available nutrition intervention program resulted in complete diabetes remission of one subject and partial remission in another, while improving diabetes control and reducing the risk of CHD in an initial study with a limited number of subjects.

The conclusion from the study:

“The nutrition intervention described in this study and implemented under close medical supervision was safe and effective.Data generated by this study add to the growing body of evidence that diabetes remission is an attainable goal in some subjects with T2DM.”

Thank you and congratulations Christo Strydom for your contribution and with this international achievement. 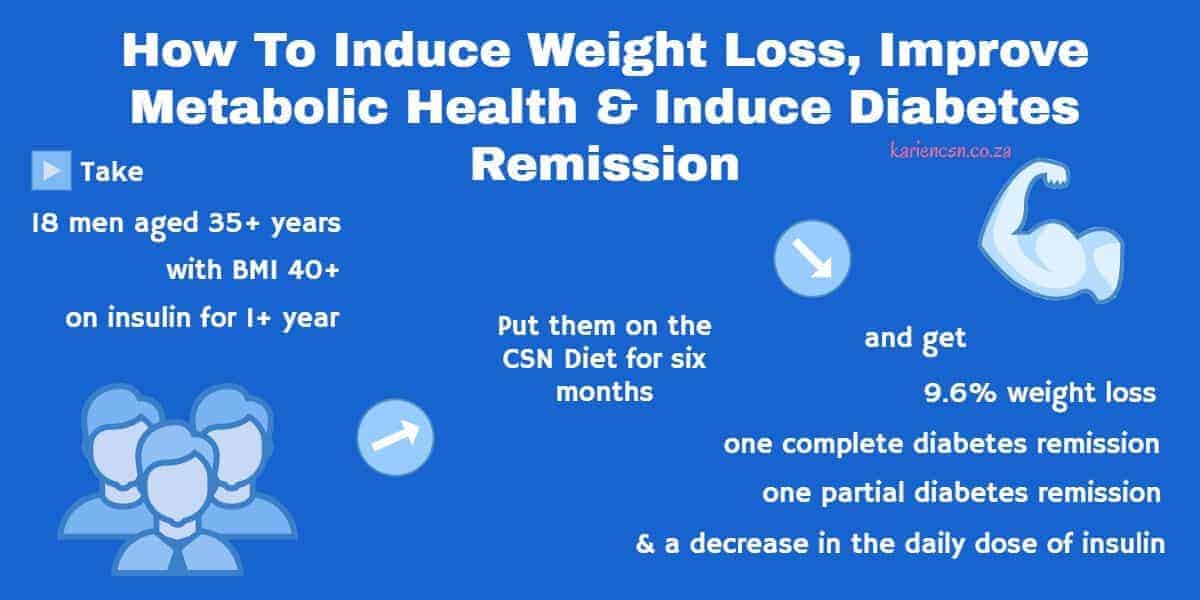 Title: The safety and efficacy of a low-energy diet to induce weight loss, improve metabolic health, and induce diabetes remission in insulin-treated obese men with type 2 diabetes: a pilot RCT 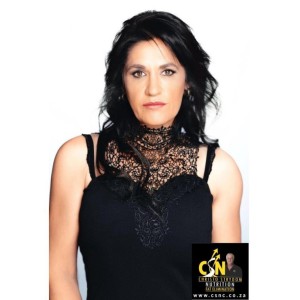